They were stationed in Lemoore but it was the Gulf of Tonkin incident off the coast of Vietnam on August 4, 1964 that drew them closer.

All three were flying retaliatory strikes on the North Vietnamese. Navy pilot Alvarez was shot down.

“I made my last pass with my machine gun but then coming out. No wonder I got hit they had so much triple A there. I was real low.”

Alvarez was rescued and jailed by the North Vietnamese. He was considered a prize catch.

“And he said oh they shot down many airplanes and we captured one. And he said that’s you. And I said oh yeah.”

Alvarez was the first pilot shot down over Vietnam. He’s also the longest held prisoner of war in North Vietnam…. 8 and a half years.

“Well spirituality in my case had a lot to do with it. A lot of fair and I have to say common sense.”

All three former pilots received drawings of the fighter jet they flew over Vietnam. Tuesday morning in Porterville a newly painted A4 Skyhawk plane was dedicated to honor Commander Alvarez. A day of tributes 55 years in the making. 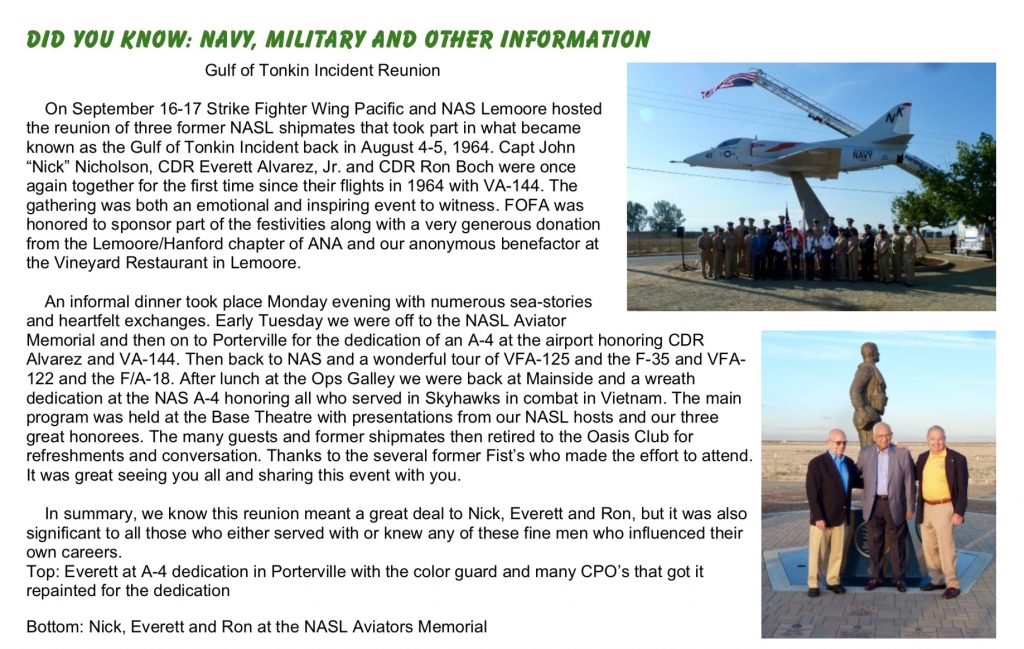 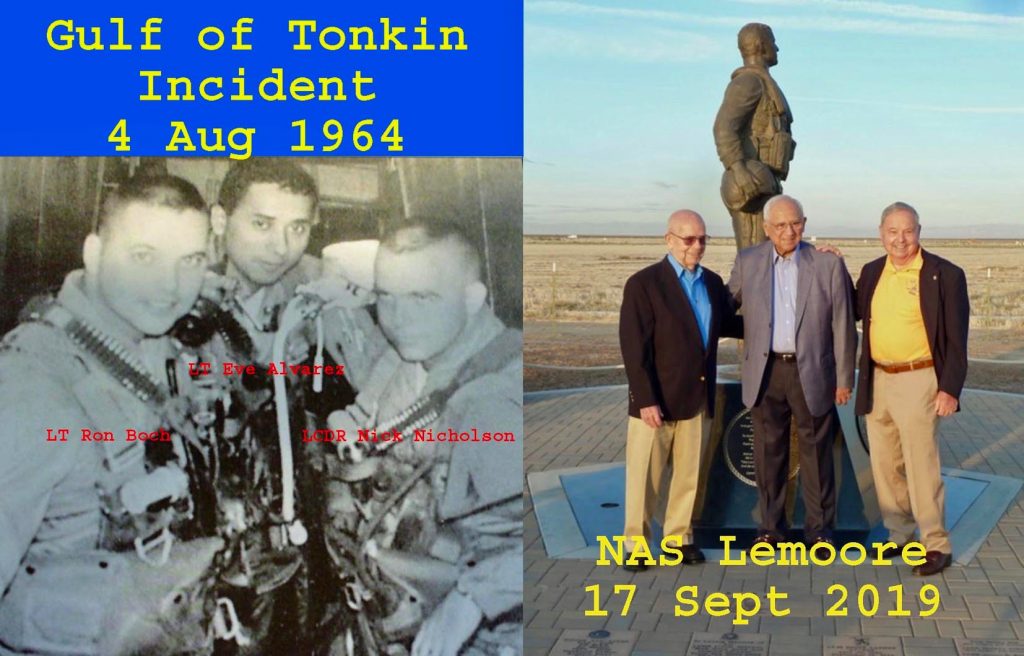