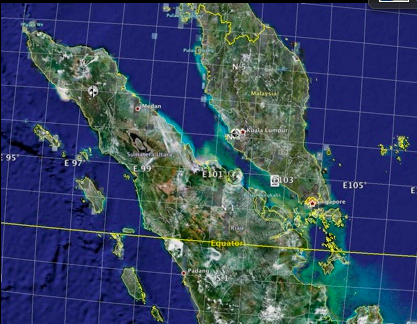 After representing the United States in Singapore for the Bicentennial,  USS Ranger crossed the equator one degree south of Singapore prior to returning to the South China Sea.  As Commanding Officer, I turned the ship over to King Neptune allowing his Court to rid the ship of all lowly and slimy polliwogs – a long standing tradition of seafaring men.  After returning to the Northern Latitudes, all hands aboard Ranger were salty Shellbacks. 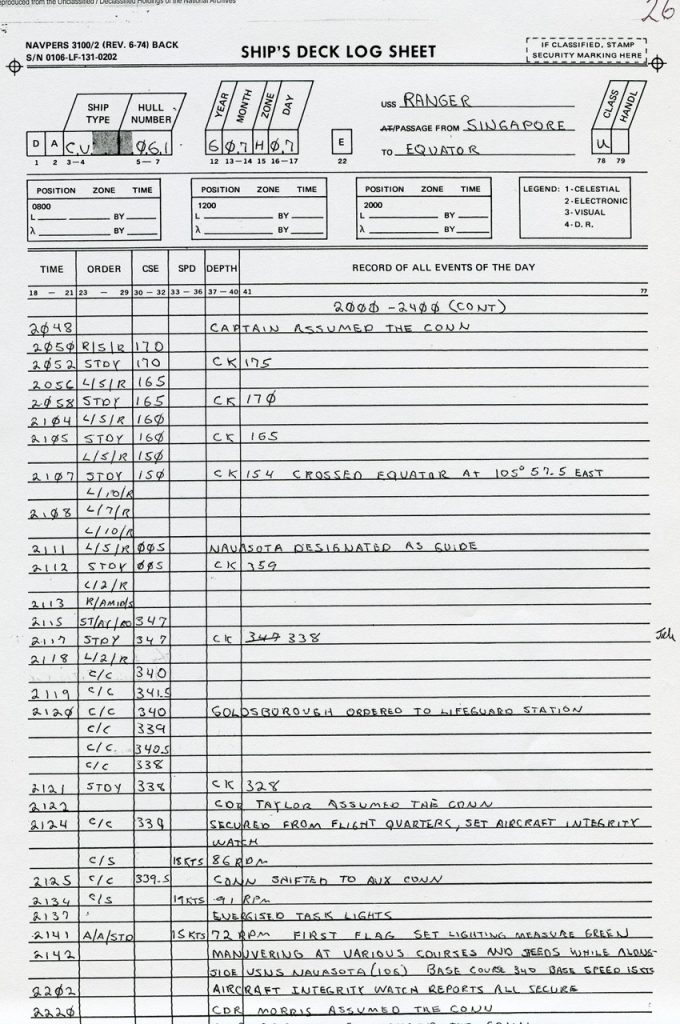