A picture sent to me by two crew members who served aboard the USS Kawishiwi.  The picture was taken on the pier at Coronado after the Change of Command in September, 1974.  I received the picture while serving aboard the USS Ranger CV-61.

It was my custom to call those I served with “Tigers!” 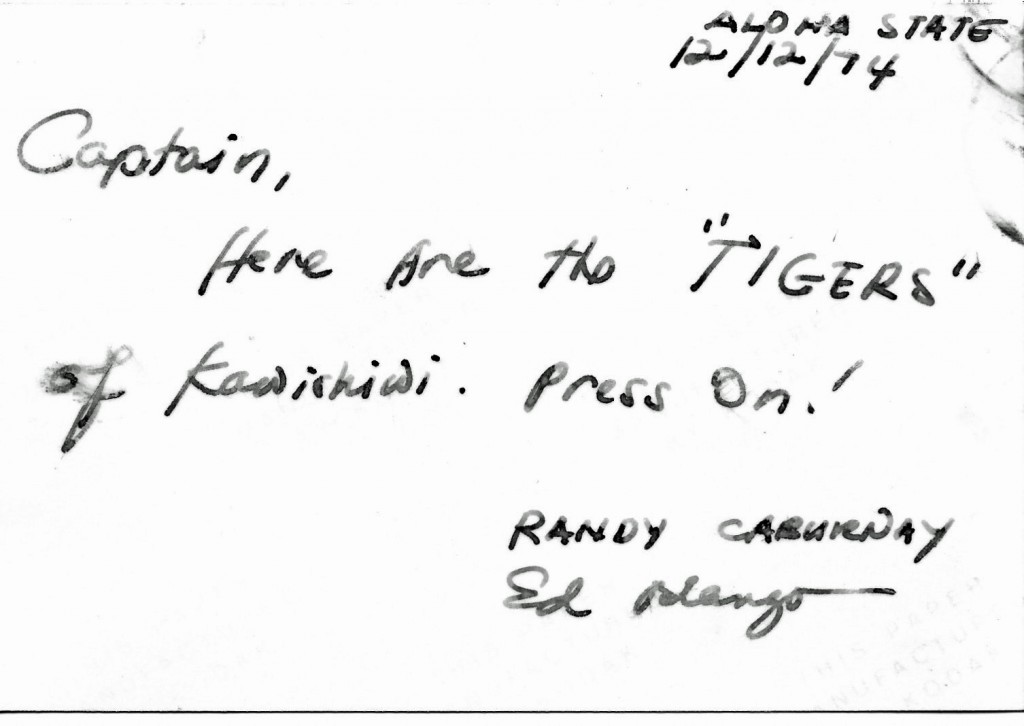