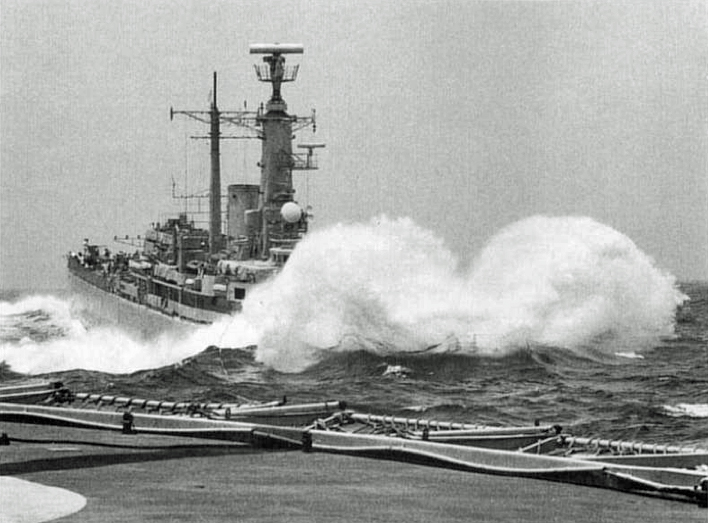 After this operation with the five destroyers caught in a typhoon, Admiral Johnson directed me to use ‘UNIDIR’ (unless otherwise directed, we intend…..) which gave me great latitude in operating at sea.

I had the greatest respect for Admiral Johnson and it was a pleasure serving under him.

His letter was written on 13 November, 1973.  The typhoon underway replenishment occurred on 6 October, 1973. 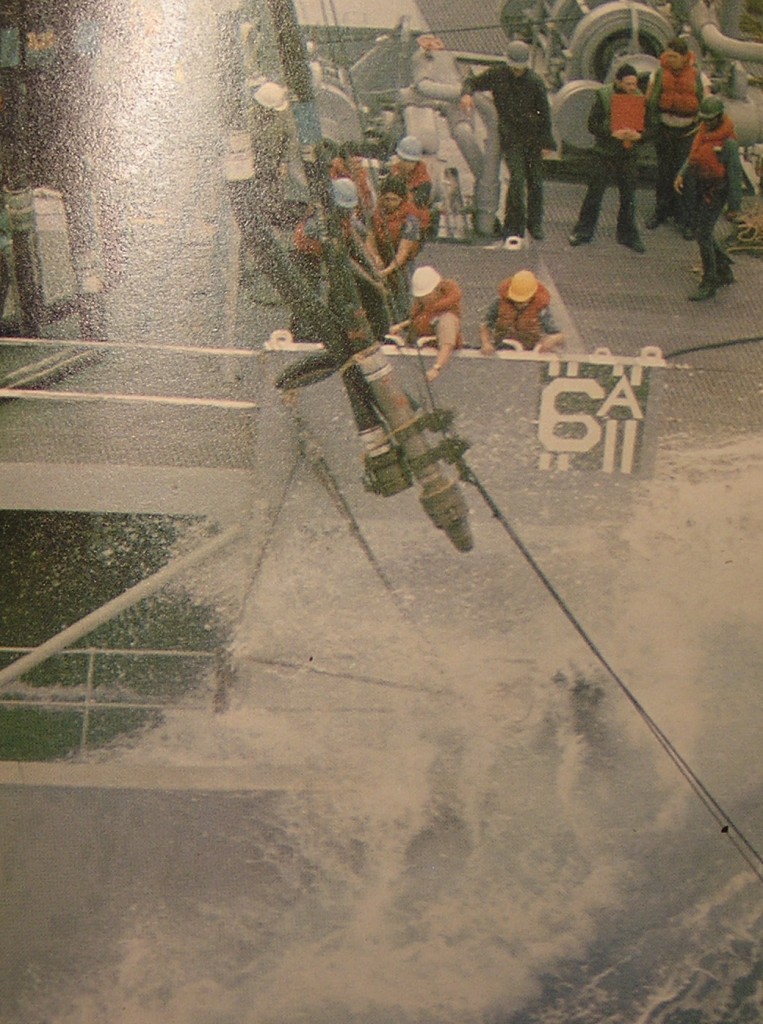 Sending the hoses across. 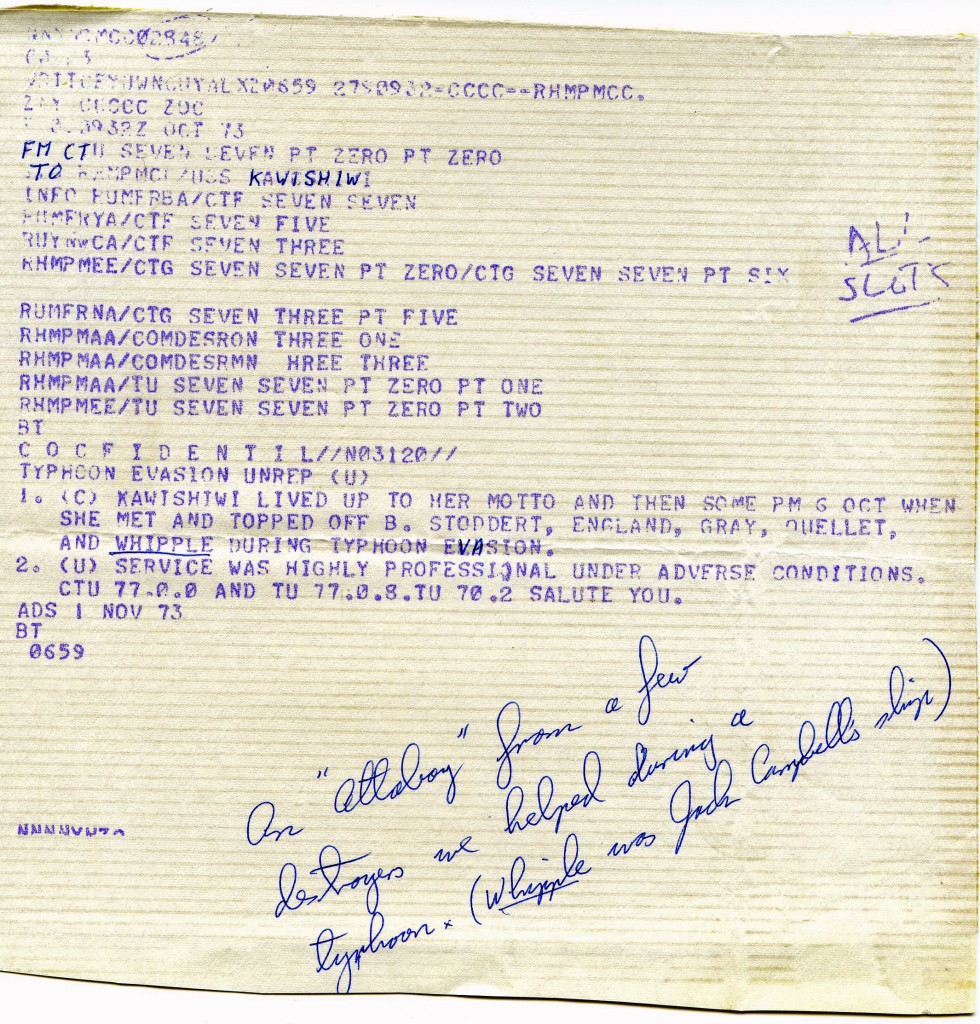 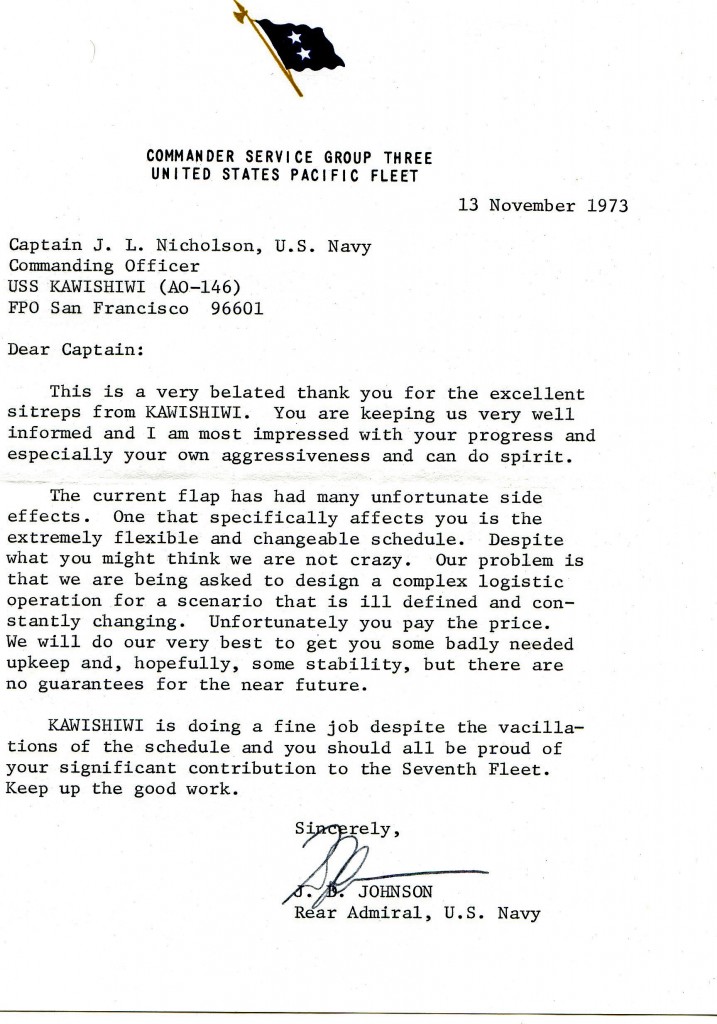