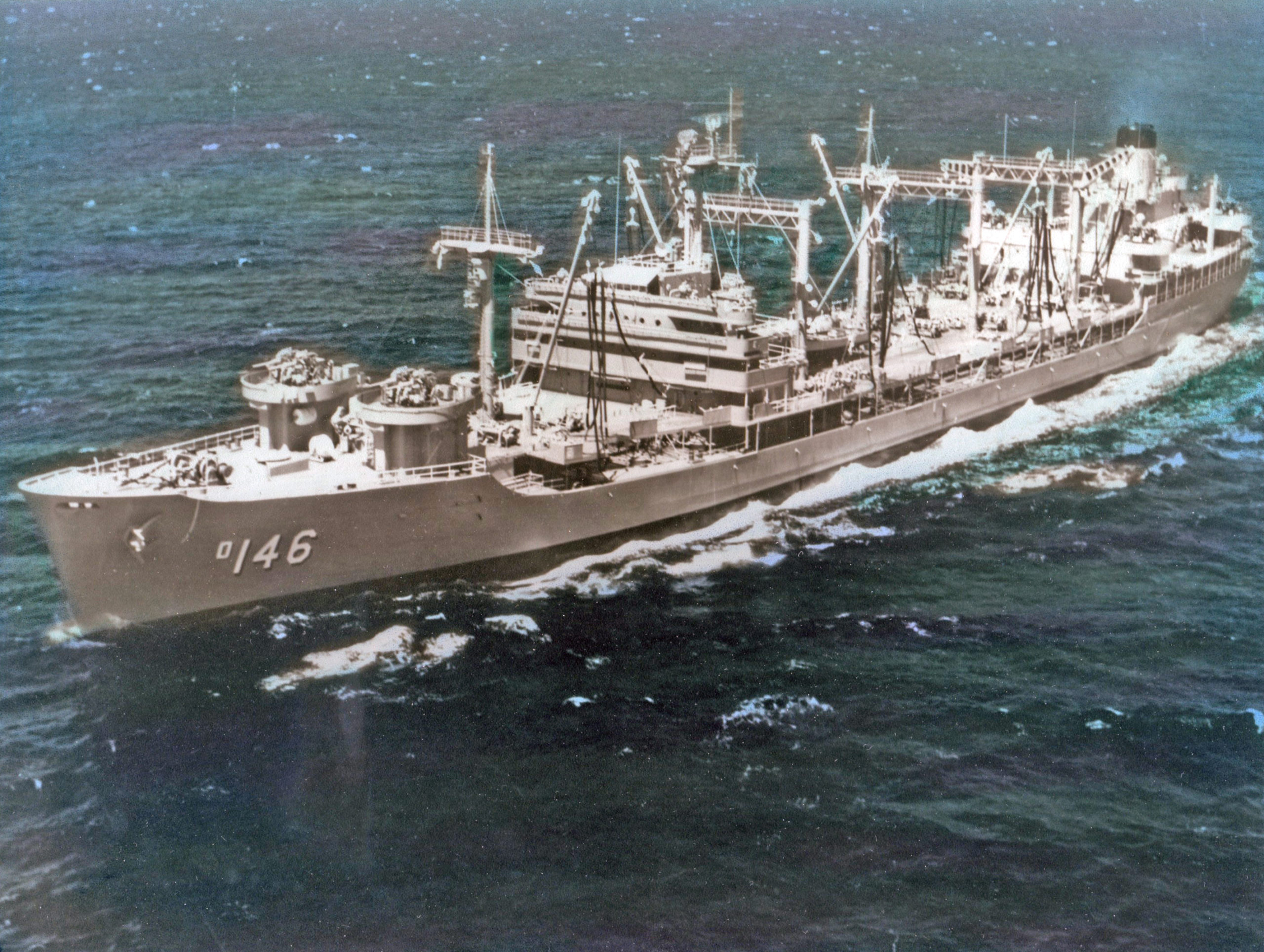 I had the honor of taking Command of USS Kawishiwi (AO-146) several months after the  Inspection & Survey letter was written and departed the ship shortly after receiving the  Battle Efficiency Award winning letter.

During the one year time frame between these two letters, the USS  Kawishiwi, AO-146, was constantly at sea servicing the Fleet in the South China Sea, Indian Ocean, North Pacific and South Pacific with minimal time in port.

The young men, pictured below, made this rapid rise to the top a reality.  They are the heart and soul of the ship. 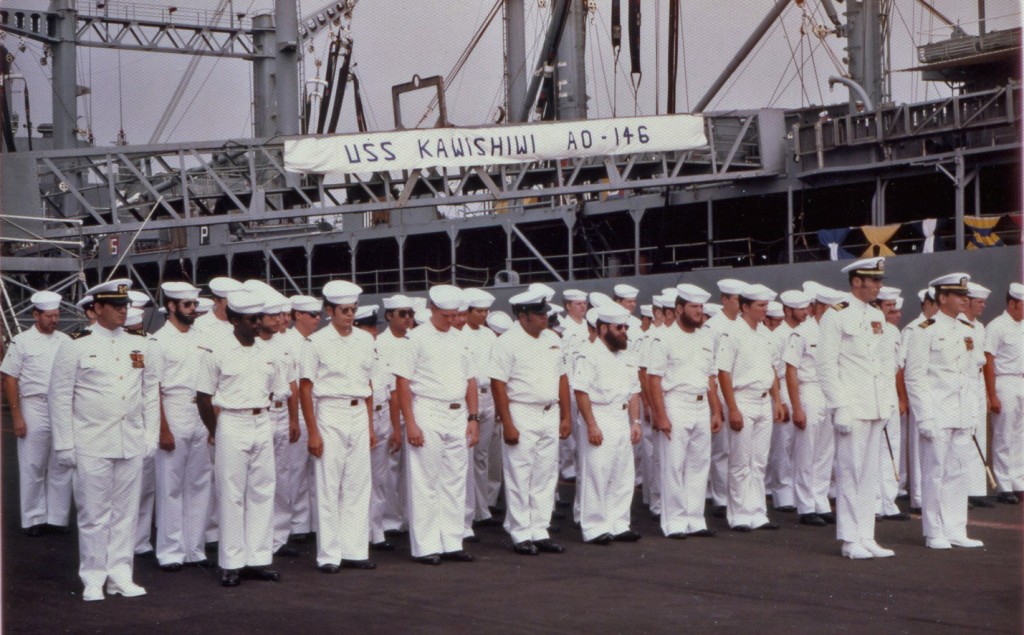 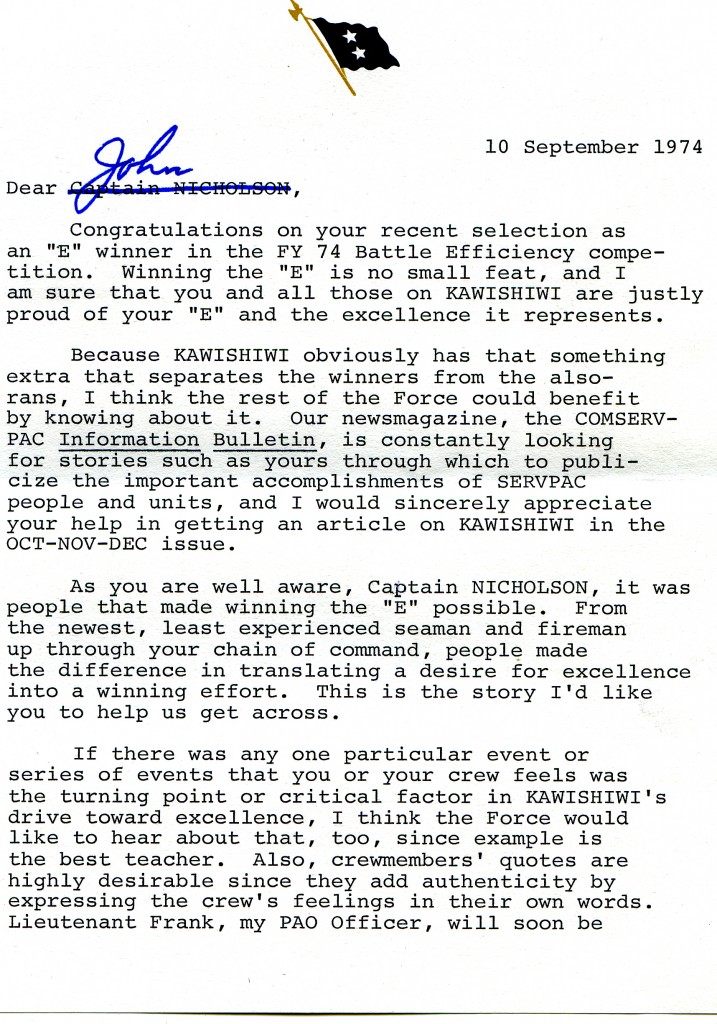 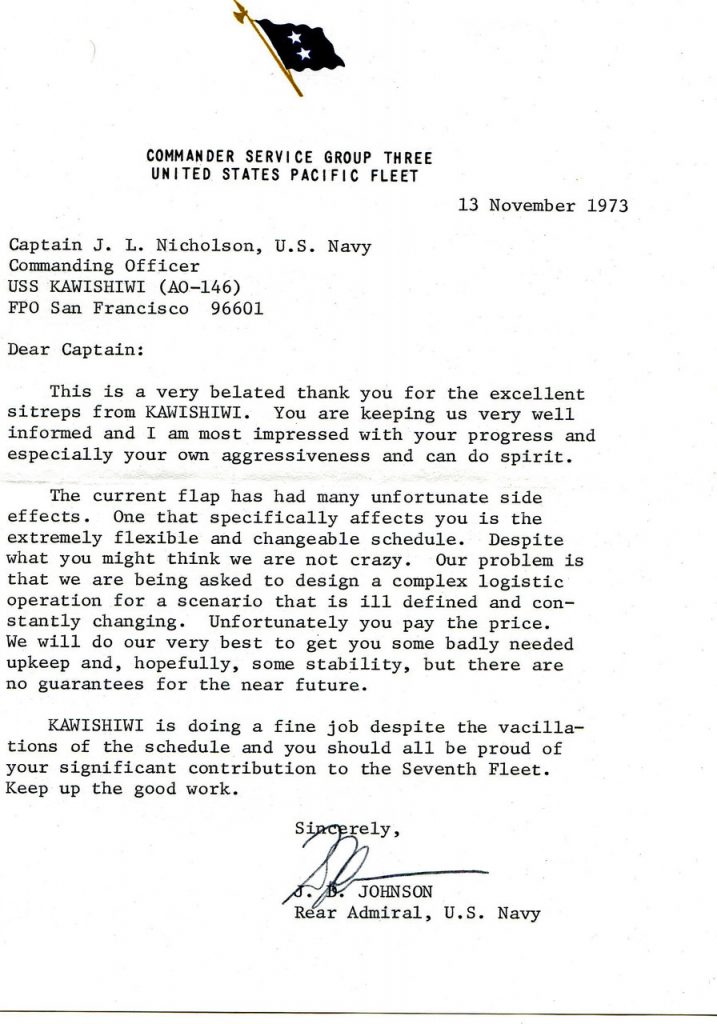