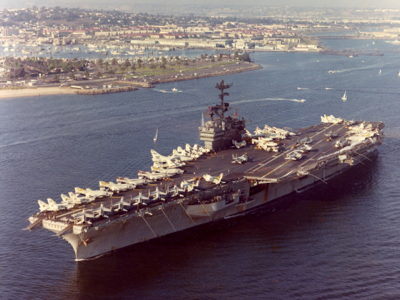 The letter that launched me into my final stage serving the United States Navy.

Command at Sea was a challenging task during this very tumultuous era of Naval History.  We were winding down from an unpopular war, morale was rock bottom, equipment was wearing out and funding was tight.

Separation from family for nearly twenty years lay heavily on my mind, the Vietnam war was ending and my wingman, Everett Alvarez, was close to coming home after eight and a half years as a POW.

My country asked me to step forward once again, so the ‘good’ life was placed on the back burner and the ultimate Commands lay ahead.

(note: this letter had me serving with the Atlantic Fleet instead of the Pacific Fleet.  Just a minor glitch.) 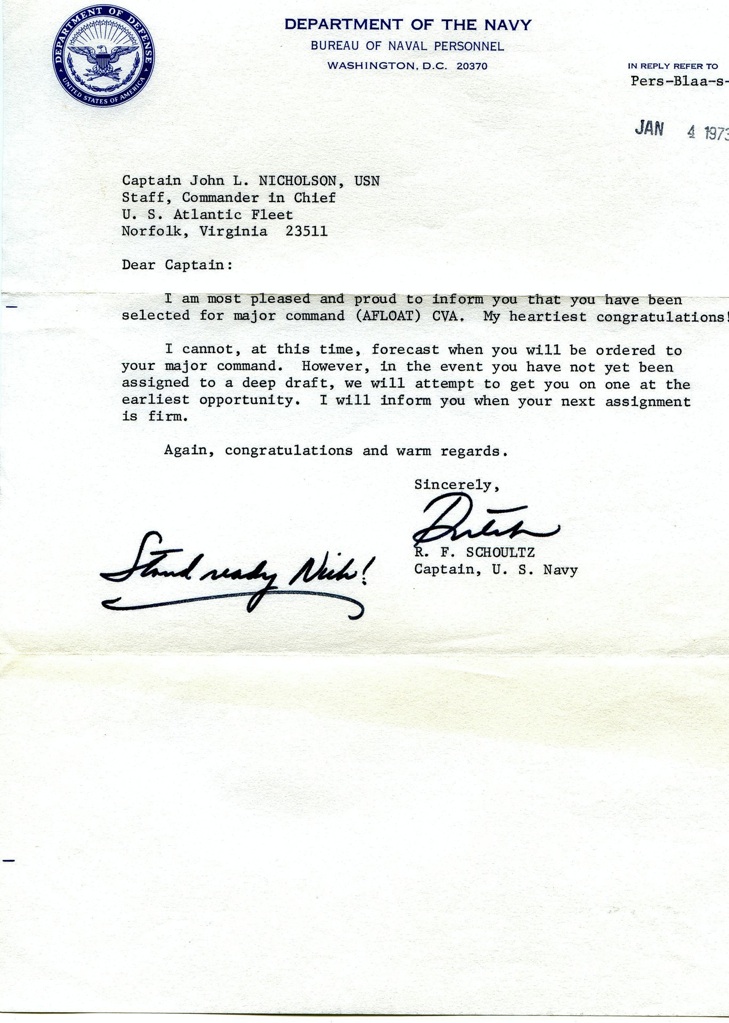