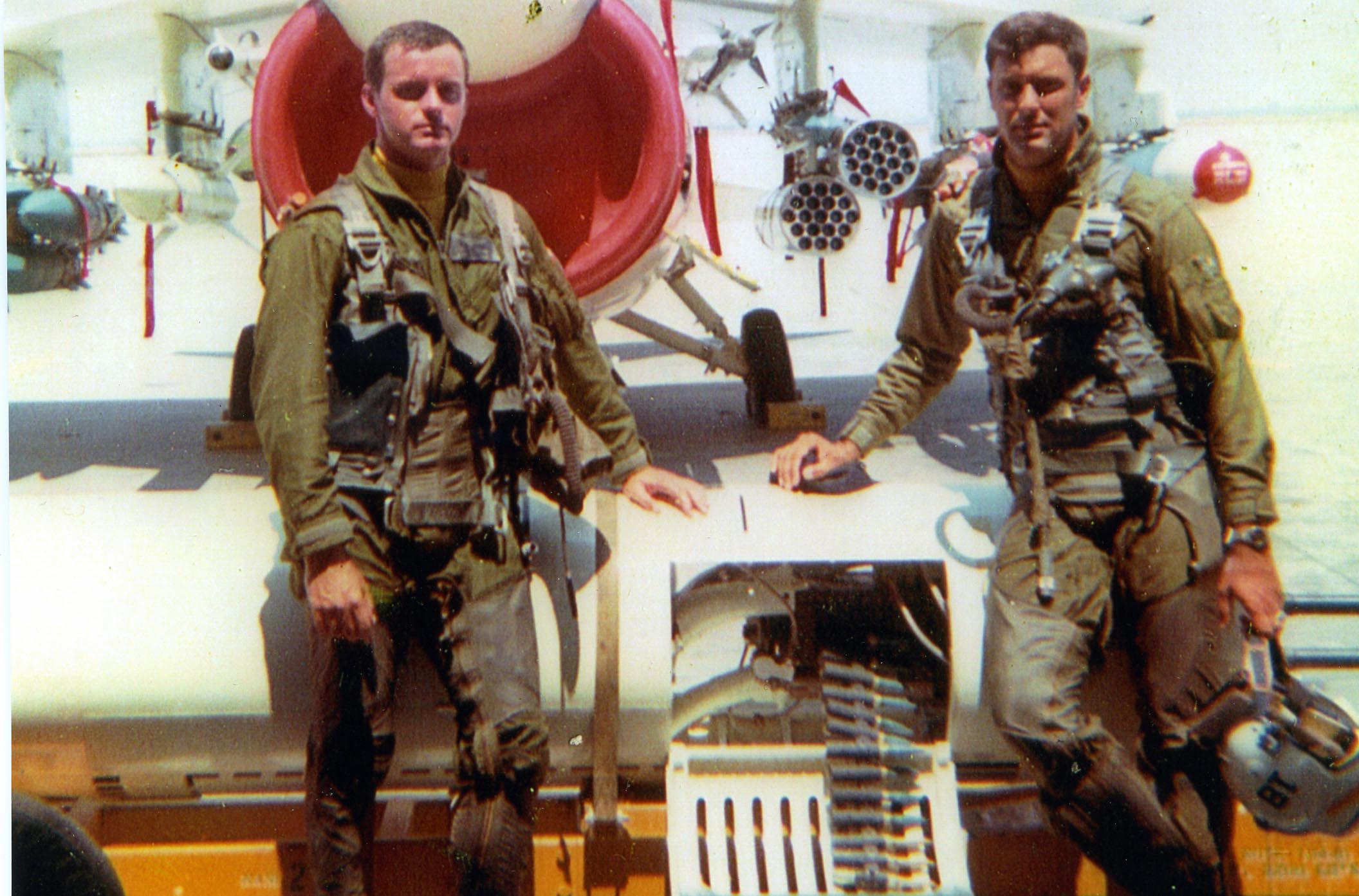 ” I was in the back seat of a COVIE OV-10 on my infamous 4.5 hour ride deep in Laos. I asked the pilot  (Capt. Jensen-USAF) if he could check with Hillsboro and get some VA-56 CHAMPS in our area. He succeeded and as you can see, two VA-56 A-7’s did a fly-by after their runs. The burning water are submersible fuel/oil drums that Capt. Jensen located. The A-7’s strafed the water with the 20mm cannons and ignited the petrol that surfaced. Bombs were dropped and secondaries can be seen on some runs. We did a fly by afterwards on our way out of his working area and it is then that some trucks which were missed came out of the foliage and took up their journey down the Ho Chi Minh Trail.”