Participated in the “Alpha” strike against Haiphong on 13 March,1968 as the flight leader of four A-4 strike aircraft.  As I turned the flight towards the coast line of North Vietnam just South of Haiphong, the tone in my headset indicated that the enemy search radar had locked on to our flight.  Shortly after crossing the coast line, the tone changed indicating that missiles had locked on.  Very rapidly the tone changed again to missile launch and a strobe on the control panel pointed to the 11:00 o’clock position.  Once I located the glow of the missile heading directly at me, I took the evasive maneuver of diving directly at the missile followed by a high G break to the right.  With the weight of the bomb load and fuel, the plane shuddered and lost altitude rapidly.  No sooner did the wings level when the surface-to-air missile past my aircraft between the nose and starboard wing tip.  In that split second, the markings on the missile imprinted on my mind – the long vertical line and circular bands around the missile.  The missile did not detonate!  Pressed on to the bridge target and dropped my ordnance.  After the close encounter with the missile, decided to hug the surface and weaved myself through the merchant ships at anchor in the harbor and once well out to sea, climbed to altitude and returned to the carrier.
The next opportunity for an “Alpha” strike was on 1 April.  The target this time was going to be Hanoi.  On this strike, I was scheduled again to lead a flight of four A-4’s on a pre-dawn launch.  The only time in combat that I felt my number was up was sitting in that ready room waiting for the call “pilots man aircraft.”  When the voice came over the ‘squawk’ box, instead of hearing “pilots man aircraft,” to our disbelief, we heard “all strikes North of the 20th Parallel are cancelled until further notice.”  After some sadistic bantering back and forth with Air Operations about “April fool,” it was confirmed the Alpha Strike was cancelled.  I went back to my state room and tore up the letter I had written to my wife, Evelyn, the night before.
Years later, after departing the Navy, I ran into Lt. Col. Robert McBratney, USAF(ret) in Marysville, California.  I told the above story to him.  He smiled, took me into his office, searched through several binders and then showed me the details of a flight on 13 March, 1968 in the Gulf of Tonkin where the Air Force mission was to jam surface to air missiles for an Alpha strike against Haiphong.
USS ENTERPRISE (CVAN-65) NARRATIVE COMMAND HISTORY 1968 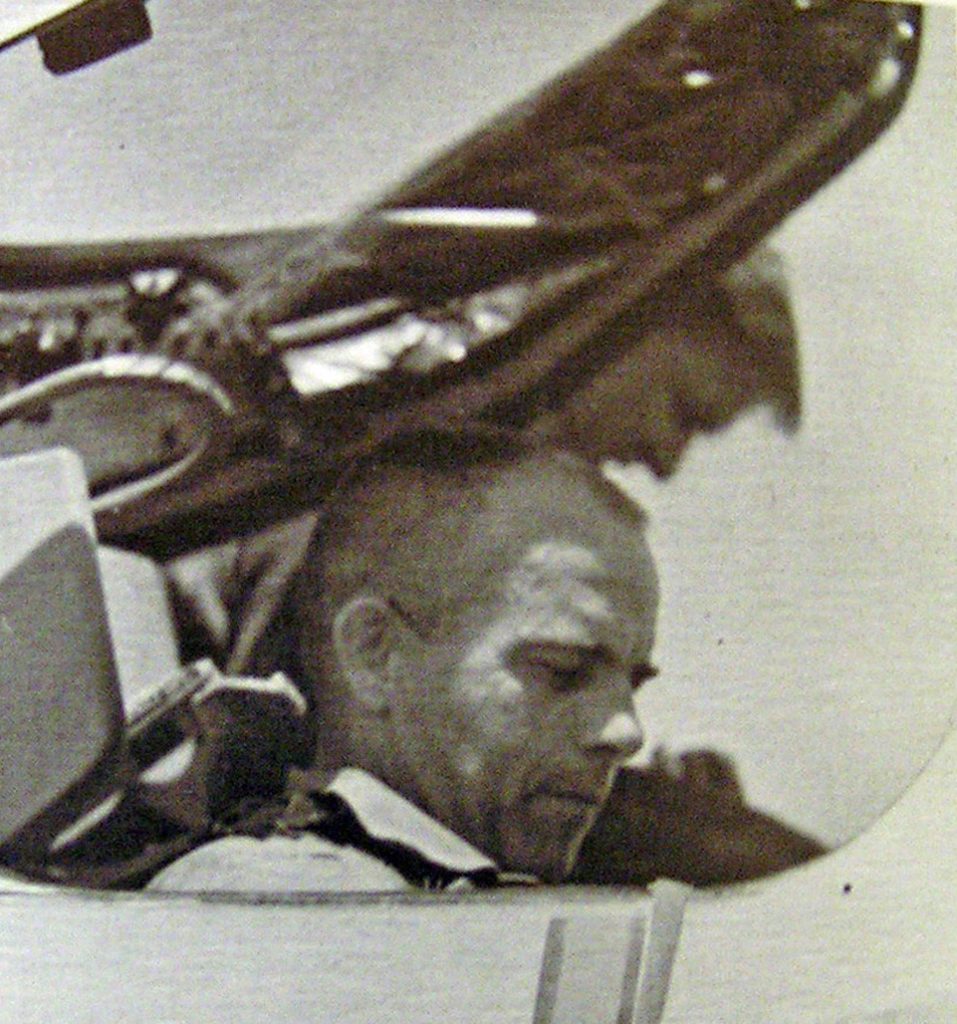 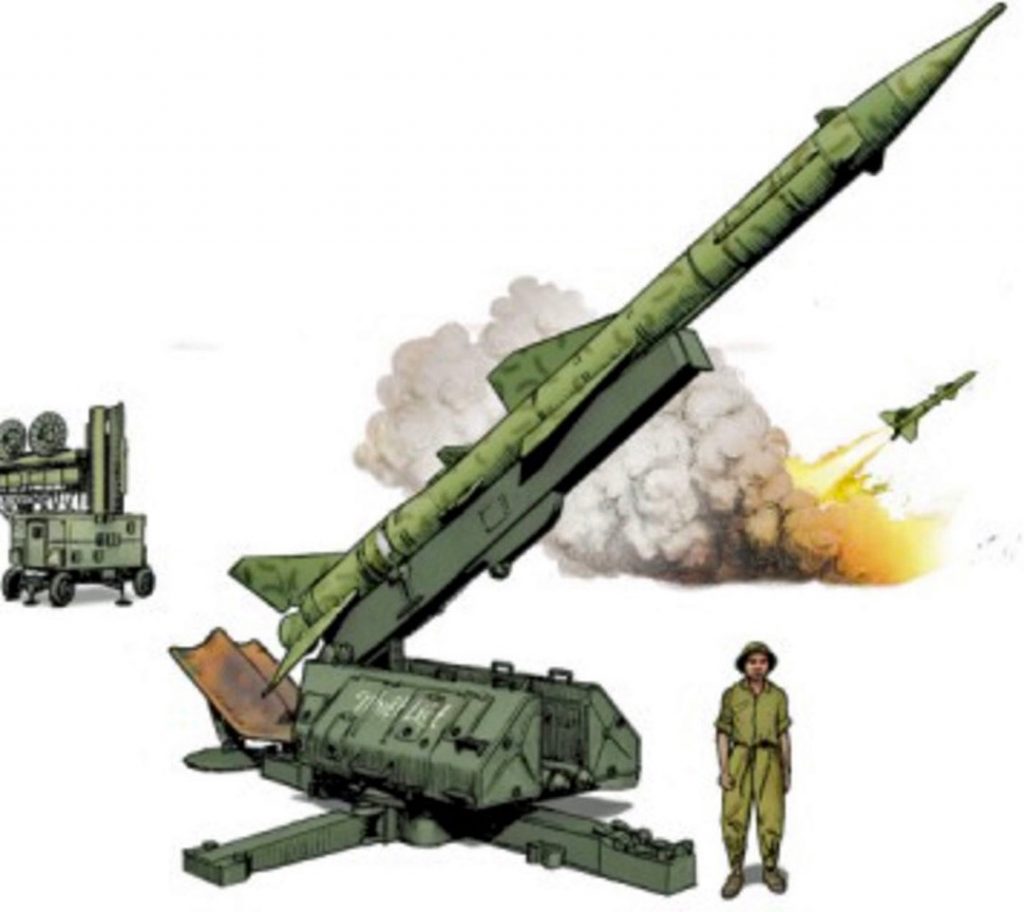 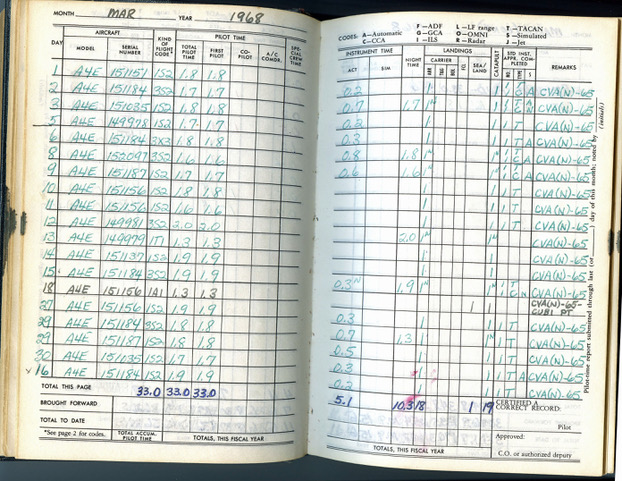 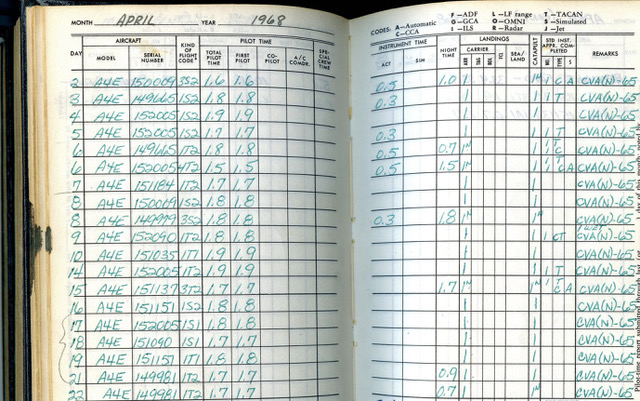